We have years of experience caring for families from all walks of life, cultures and faiths. Our unsurpassed staff and our family provide kind, caring, professional service. Each family comes to us because they know we are leaders in our profession who are dedicated to excellence in service, adhere to the highest funeral industry standards, and have exceptional integrity. We consistently earn phenomenally high customer satisfaction survey results.

Our licensed, professional staff is here for you 24 hours a day, 7 days a week. Please call 423-877-3524 anytime. We will even come to you to make arrangements in the comfort of your home.

Prompt, compassionate service is always just a phone call away, where and when you need it.

I am a proud veteran of the U.S. Air Force having served during the first Gulf War.  Following my time served in the military in 1991, I decided to pursue a career in funeral service and enrolled in college at Gupton-Jones College of Funeral Service.  Upon completion of my degree in 1993, I returned to the Knoxville area, where I had previously served as an apprentice, and served the community for five years.  After my service there, I was recruited to the Memphis area where I lived for many years managing several cemetery/funeral locations, which ultimately led me to owning several of my own firms.  When the business opportunity came available at Lane Funeral Home ~ Ashland Terrace, I was excited to move to this scenic part of our great state.  This opportunity allows me to serve in the ministry of funeral service at a manageable pace where my team and I can provide exemplary service to our community and families that we serve.  I am also a graduate in social work from Ottawa University.  Currently, I sit on the board of directors for the North River YMCA as well as the board of directors for Welcome Home of Chattanooga and very active at St. Elmo United Methodist Church in Chattanooga and our Eagle Bluff Neighborhood Association. 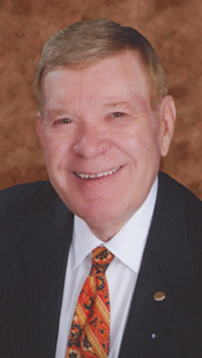 Ed English began his career with the Coulter Funeral Home in 1971. He is married to Deborah Coulter English, whose great-grandfather, R.J. Coulter, founded the Coulter Funeral Home in 1897. They have one son, John Coulter English, and granddaughter, Sarah. In 1980, Ed became the manager of the Lane Funeral Home, Coulter Chapel and was the managing partner of the business from 1993 until 2014. A licensed funeral director, Ed has been active in the North River community for over 38 years. He has served as president of the North Chattanooga Lions Club and has served three different terms as President and many years as Vice President of Programs of the Red Bank Chamber of Commerce, where he currently serves as Vice President (Programs). Ed is a member of Tennessee Funeral Directors Association. He and his wife Deborag a very active members of the The Point Church on Signal Mountain. 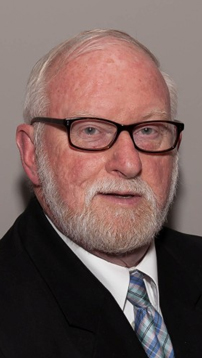 Gene, a 45 year employee, is a licensed funeral director and embalmer in Tennessee and Georgia.  He was married to Lynda Patton Land before she passed away in 2016.  They have a daughter, Ginny (Adam) Smith and grandson, Xander and granddaughter, Stella.  He is a member of Red Bank Baptist Church, where he serves as Associate Director of his Median Life Group and is an inactive ordained deacon.   He is a member of Tennessee Funeral Directors Association, Red Bank Area Chamber, Hixson Chamber and Red Bank Lion's Club.  Gene is past president of the North River Kiwanis Club, Board of Directors of Red Bank Junior Miss. 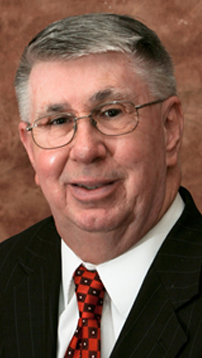 Mike began his career with Lane Funeral Home in 1973 as a bookkeeper and has been a licensed funeral director for many years. He is a graduate of Tennessee Wesloyan College. Mike has been married to his wife, Patti Roach Kellar, since 1972, and they have two grown daughters and two grandsons. Mike and Patti are members of Red Bank United Methodist Church. He is a member of the Tennessee Funeral Directors Association and the Red Bank Chamber of Commerce. Mike is a member of the Red Bank Lions Club, is past president of the Chattanooga Valley Kiwanis Club and has been with Buckner International "Shoes for Orphans" project.

Tammy has been an Administrative Assistant at Lane Funeral Home since May 1999. She has been with Carriage since August 1997, beginning at the monument company. As an etching artist, she personally designed many markers and urns for families. Because of her artistic talents, she has been involved in many special projects at the funeral home. Tammy works with the families to personally create and design the memorial folders and other tributes to their loved ones. She is a member of Red Bank Chamber of Commerce. Tammy and Robert, her husband of 37 years, have a son, Jacob; daughter and son-in-law, Anna and Rob; and granddaughter, Alena and grandson,  Walker. They are members of Pilgrim’s Rest Baptist Church. 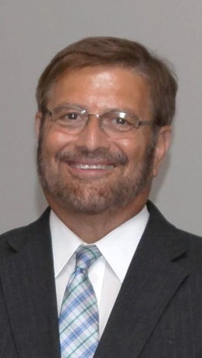 George lived in Chattanooga since 1950 and is the former owner of Gulas Restaurant. He started in the funeral industry in 1997 as Family Service Counselor and Licensed Insurance Agent, preplanning funerals. George and his wife, Cindy Turner Gulas, have two children, Elana and George Jr. They are members of Christ United Methodist Church in East Brainerd. George is a cancer survivor. 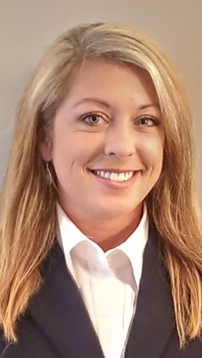 Monica began her career in funeral service in 2002 in Burnsville, NC.  Graduated from Gupton-Jones College of Funeral Service, Decatur, GA in 2004.  She is excited to be in Chattanooga area and looking forward to helping families in their time of need.

Monica is a member of the Tennessee Funeral Directors Association and the Red Bank Lions Club. 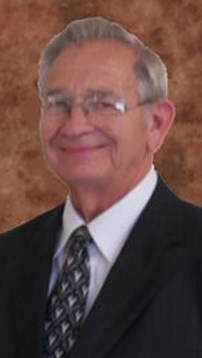 Ken joined us in June 2011 as Funeral Assistant and Ambassador. He has been a minister for over 43 years. Ken and his wife, Jewell, are members of Mountain Creek Church of Christ, where he is Involvement Minister and Elder. He has a Master of Divinity Degree and specializes in Grief Counseling. Ken and Jewell have two sons and four grandchildren. 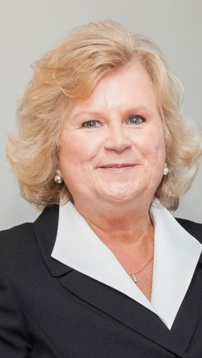 Donna began working with us in May 2014. She retired from Cigna Healthcare after 43 years of service. She is a member of Signal Mountain Church of God where she sang and taught Sunday School for many years. Donna and her husband of over 42 years, Steve, have two wonderful grandchildren, Alex and Kelsie Smith. 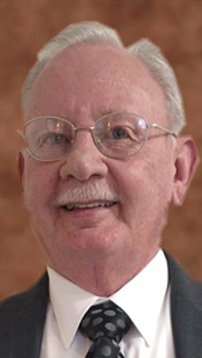 Frank Parker joined Lane Funeral Home in January 2016. He has been a Church of Christ Minister for 35 years. Formerly of the Hooker Congregation in Wildwood, Georgia, Frank was there for 20 years. He is a former employee of Card Monroe. Also, Frank has 28 years experience in funeral service. He and his wife, Linda, currently attend White Oak United Methodist Church. They have three children, Deana, Amy and DeWayne, and three grandchildren. 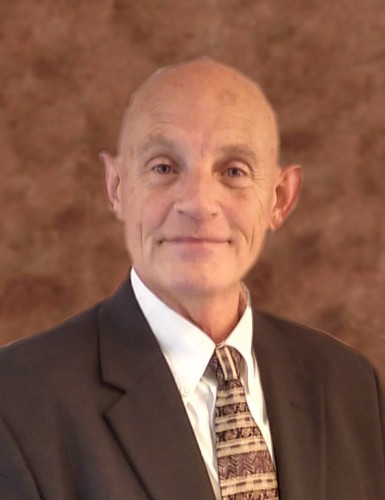 A native of Chattanooga, Ed has devoted his career to fire and safety education for over 30 years. He is the founder of what is known to fire and building officials as the Life Safety Training Expo. Ed has also contributed to the Chattanooga Crime Stoppers board of directors and is past president and board member of the Chattanooga Citizens Police Academy Alumni.  He has been recognized multiple times by the city and county for his achievements for providing multiple services to the Chattanooga area business community as well as its residents. He has always enjoyed helping others, including his parents and the elderly in the community and church. Ed enjoys camping and being with friends and family and is very devoted Christian to his church. Ed is the founder of the Saturday Morning Giddy UP's Breakfast Club and enjoys their fellowship monthly. 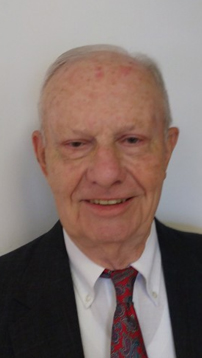 Jerry was born in Michigan and raised in Alabama.  He is an Army veteran and graduated from Jacksonville State University.  His working career was in accounting.  Jerry was married to Carol Emmett Hass before she passed away in 2007.  They have one daughter, Lee Rogers married to Eric Rogers and two granddaughters.  He attends Dallas Bay Baptist Church.  Jerry is a member of Institute of Management Accountants and Hixson Chamber of Commerce. 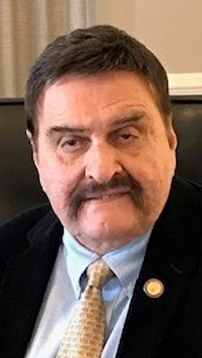 Jim just celebrated 50 years in Chattanooga.  He is happy to be a new member of Lane Funeral Home and has a passion for helping people.  Jim joined our team in March of 2019.  He is one of the founders of the Chattanooga Community Kitchen and Chattanooga CARES.  Jim has served on the board as executive director of Fort Wood Historical Association, Land Marks Chattanooga, president/board member of Southern Country and as vice president of Primetimers. Also he is a board member and fundraising chairman of 4Paws Pantry. He has volunteered for the LUNG Association, Kidney Foundation, Chattanooga Heart Association, Chattanooga Theater Association, Chattanooga Symphony and Opra. Jim is a member of St. Pauls Episcopal Church where he serves on the volunteer desk and as an usher.  He was appointed by Governor Ned McWherter in 1988 as member of TN Council on AIDS.  Awarded TN Citizen of the Year, chosen as one of 100, in 50 states, as a person who cares.  Jim was recently honored by Mayor Burke for 45 years of volunteer work with a Proclamation setting aside October 14th as Jim Samples Day.

You are welcome to call us any time of the day, any day of the week, for immediate assistance. Or, visit our funeral home in person at your convenience.